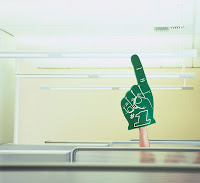 When you were in high school, there were always some kids who were the “in crowd” and one of them always became the “most popular” and got this title immortalized under his picture in their high school year book. Others got “most likely to succeed” immortalized in their year book as well.
Were you that popular kid in high school or did you always want to be?
I (barely) hung with the “in crowd,” but I was never even in consideration for most popular or most likely to succeed.
Did I care? Damn right I cared!!
Back in those days (and even today) peer pressure was tremendous. Everyone wanted to be “popular.”  Who wouldn’t?
Did you carry the need to be popular over to adulthood? Like most of us, you probably did. After all, nobody wants to be unpopular or disliked, right?

By wanting to be popular either with customers, clients or friends or acquaintances you sometimes had to bend and twist yourself into being something that you’re not.

Eventually the strain of having to be something that you’re not caused a small tear, maybe even a big split with the person you have been trying to be popular with for all those years.

Worse, they found out that you have been disguising your true feelings and are angry at you for being dishonest…and that unto itself makes you unpopular.  The very thing you were trying to avoid turned around and bit you in the butt. Karma is real.
Maybe you are doing that with your business; trying to be popular with everybody. Trying to appeal to everyone because you think everyone is a potential bowler is like trying to be a Republican and a Democrat at the same time. It just doesn’t work.
So in your bowling business you have to decide what your business stands for.  You have to tell it like it is and be honest. Even if it may not be popular.
If you want to have bands do it because you think there is a market for it AND YOU THINK IT REPRESENTS YOUR BUSINESS VALUES.  Oh, you might piss of some of the regular open play bowlers on Saturday night, and be unpopular with them, but if you see a greater value in “doing bands, than by all means go and do it!
Just don’t do it because it seems like another way to make money.  Look, there is nothing wrong with making money, but if you make a business decision like this because “it seems like a good idea” and you don’t really believe in it, how many people in the center will get behind it, if you’re not pumped up about it?  How many people in the center will think you are being “honest?” ZERO.
Oh you might be popular, but at what expense?
So from now on, stop trying to be all things to all people. That DOESN’T work anymore.
Instead be the person who stands up for her business who promotes, offers and sells what she believes in  and if it’s unpopular with some people, so be it;  they weren’t going to be your customers anyway!
SHARE
TWEET
PIN
SHARE

2 Comments on Are You Still Trying To Win The Popularity Contest?