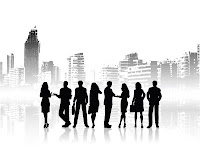 It’s the middle of the winter and I am trying to get my clients to think about summer. I know they want to. They know they have to, but… it’s hard when you’re out plowing snow to get into it.
So here’s what I propose:

Call a staff meeting and make sure everyone comes to the meeting in shorts and t shirts. (Yes they can change in the bathroom before the staff meeting, and after as well).  Serve hot dogs and burgers, Lemonade, Diet Pepsi or regular Pepsi and ice cream. Give out an award for the best t shirt and best shorts to get people in the mood of summer.  Maybe a $50 bill?

Now start your brainstorming session?  What are you going to do differently to get summer revenue?
I know, says one staffer, “Let’s have a bowling league where everybody has to wear a bathing suit and t shirt.”  “No”, somebody says, “that’s stupid.”
Well maybe it is, but the objective of brainstorming is to let all the ideas come out. And that’s your job. To set the ground rules that no one can make statements like:
·         Been there done that
·         Tried it, didn’t work
·         That’s stupid
·         Won’t work here, might work somewhere else
·         Sounds like a lot of work
·         Nobody would go for that
Now every time someone says something negative, take $1.00 from them.  And keep score as to who is the most negative.  At the end of the session, you should have a little pile of cash and also find out who the “NO” person is which you can either help to become a “YES” person or offer him/her another employment opportunity in a different environment.
By now, you have hopefully quieted the naysayers and have put that idea up on a white pad (gotta have a white pad or white board!) and someone says, “No not bathing suits, a different mask every week.” And someone chimes in and says “How about a different t shirt each week and we give rewards for the best T shirt?”
And you keep building on it and building on it until you have a league idea that everyone on your staff thinks is cool.  Do you think that just maybe they will try a LITTLE harder to sell it?
You can do this with summer party ideas, fund raiser ideas and open play bowling ideas
Here are three ideas to get you started;
·         Have a summer party OFFERING where everybody comes dressed in white (don’t say their clothes will get dirty because of the oil) and all the decorations are white and gold; banners are pictures of the sun and sand, etc.  Now everybody bowls and food offerings are all summery from burgers to dogs to apple pie and maybe ice cream. Offer a DJ or offer karaoke for the group. Sell to the corporations as your “White Night Summer Bash.”  Now go brainstorm it
·         Offer a specific themed fundraiser to a local nonprofit charity. You give them a ticket to sell to the “Madhatters Bowlathon for ____”  say, you sell it at $10 and they sell it for whatever they want.  The sizzle is that everyone who bowls at the charity event has to wear a hat of some sort. And your center will award $100 to the best “ Madhatters” who bowls. Of course that person will donate it to the charity.  Now go brainstorm it.
·         “I’m Sick of BBBQ’s, Lets Go Bowling Tonight” for $20.13 for 2 hours” for up to 5 people.  Now go brainstorm it.
Oh yeah, better finish the snow plowing first.