While fighting some age old back problems this week, and getting PT and Acupuncture treatments, my travels found me in the, Midwest, Mid-Atlantic and Southern regions of the country, and speaking to not only my clients, but other proprietors as well (in short 2 to 3 hour seminars), I wanted to report back to you on some of their perceptions and realizations about the current state of their business and how they are marketing it. 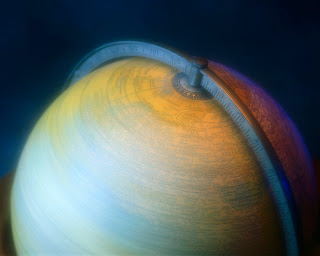 1.           Summer league bowling is experiencing its typical “up a little, down a little and even” responses to the question of “how is business?” The “good guys” are experiencing “up” because they began planning their summer in FEBRUARY!!
2.          March open play was strong almost everywhere with weekends being strongest (Yay for cold and wet weather). but yay for some of the proprietors who found double digit increases in some old school cable TV advertising. Incidentally, for those of you who pooh pooh cable TV, US companies spent $61 billion on cable TV advertising last year and $4.1 billion on digital advertising so cable “ain’t going away any time soon.”
3.          Smart proprietors are feeling more confident about the economy and raising their summer league prices so when their fall league bowlers come back and ask, “when did you raise prices?”, they can answer, “in the summer.”
4.          More proprietors are experimenting with and running Saturday night bands, some using the Profit Platform and charging $20 a person, $5 of which goes to the band.
5.          Proprietors who are using “on line reservation systems” for birthdays and corporate parties are showing double digit increases in both categories of bookings vs. the same period last year and even to the periods before they put the systems in place.

6.           More proprietors are using hourly pricing than ever before and finding greater acceptability of the strategy as people come to realize greater values than $4.50 to $5.00 game pricing which many consumers cannot get their heads into.
7.          Proprietors are actively seeking new ways to communicate their message and starting to realize that they have significantly beat up emails and Facebook postings as a communication tool; too many opt outs and too many unopened emails…less than 12% of all email blasts are now being opened.  That’s why you need to segment your offers against the target in order to get more opens. The more relevant the message to the recipient, the more likely it is to get greater opens and greater click throughs.
8.          Using a landing page to rive people from your email to get the information is finally starting to be understood.
9.          Shorter season summer leagues 6 to 10 weeks are being planned for a “2ndseason summer” starting in mid to late June.
10.           Kids Bowl Free centers are experiencing a greater rate of sign ups than last year which was over 2 million kids.

And here’s a bonus tip.
11.           Don’t confuse taking a pain killer pill with an aspirin or you will fall asleep at a rest stop on the New Jersey Turnpike for almost two hours. 🙂
Have a great weekend.