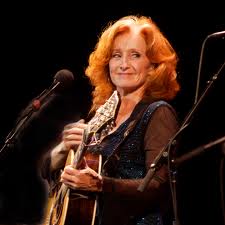 “Cause I can’t make you love me if you don’t. You can’t make your heart feel something it won’t.” Bonnie Raitt
You can’t make every customer or prospect love you, your service, your business, the whole deal. some people just won’t get or want what you are selling. What are you going to do?.
Find out who they are and don’t waste money on them. Here’s  twenty (20) types of people who, I think, do not  love us.
Of course these are generalities and written with a bit of tongue in cheek approach, but in center after center, I don’t see these people bowling.  And if 150,000 miles a year on a plane and speaking to lots of people people isn’t a good sample… well I may be wrong,
1.    People who drive high end foreign cars and wear tennis or golf sweaters; may come to company party
or kids birthday party and maybe a rainy day event, but don’t count on them.
2.     People who have second homes “up north,” “at the beach” or “in the mountains” or “down south.
3.     People who travel (planes or trains) more than two days a week.
4.     People who live in houses on cul de sacs.
5.     People who are runners and enter at least two marathons per year.
6.     People who are more interested in getting their kids into soccer, lacrosse and
basketball rather than bowling.
7.     People who eat out at French restaurants frequently.
8.     People who buy their groceries at “Whole Foods”
9.     People who have bought or are contemplating buying an all-electric vehicle
10.  People who have two jobs. Or three.
11.   People who are serious about  “their (I.e art, antique, sculpture) collections”
12.     People who are very involved in organizations like PTA, K of C,  Rotary, Church, Synagogue, Temple
or Mosque.
13.     People who wake up before 6am to go to work.
14.     People that live in “downtown areas” in major cities.
15.     Young couples with babies between the ages of 6 months to three years old
16.     People who  camp out and hike more than 25% of their weekends
17.     People who are obsessed with video games.
18.     People who don’t have 9 to 5 jobs, but work 7 days a week from offices or homes
19.     People who have never played a team sport, either in middle school, high school.or college.
20.     People who take winter vacations to major league Caribbean resorts or ski in Park City, Vail or Switzerland.
Now of course these are generalities, but if you know who buys from you, you should also know who won’t buy from you?
What do you think?
SHARE
TWEET
PIN
SHARE