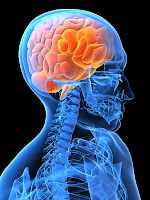 My father once told me that if I wanted to grow I should do one thing every day that I was afraid to do.  Now, he didn’t mean that if I was afraid to jump off the roof of our eight story building I should do it, but rather he meant I should be able to meet and accept the challenge of change or as the pundits would say today, “get out of your comfort zone.”

So I have attempted to do that, especially as it pertains to my professional career – always looking for ways to overcome marketing challenges – even creating challenges to overcome.
As I look at the landscape of the bowling industry, I note that for the last 15 days, 13 bowling centers around the country have closed. Some of them because of a “land sale”, but others because they just didn’t keep up with the times or their market “circle” changed and they didn’t change with it.
It happens to all industries that are “older”.  But the ones who recognized the change, recognized what they needed to do to maintain revenues, margins and profits.
Unfortunately, in many cases, the ego of the proprietor (or for that matter anyone who owns any business) gets in the way.  A few good years of success and all of a sudden, they become the smartest person in the universe.
And that’s too bad because that’s exactly when they stop listening to the customer.
Here’s an example. Bowling Center X has been profitable and strong for over 25 years.  All of a sudden, the proprietor notices his lineage and food and beverage sales are going down.
His reaction?  Cut prices on bowling and run some food “combo specials” The results?  For a few months, it seems like the problem had been alleviated, only to resurface a bit later.
Problem is, the proprietor didn’t recognize the real problem.   For several years, his customers have been telling him that his “prices on food and quality of food were a bad value. No reaction except to say, “They’ve been saying that every year.”
What he should have done was to look at his food quality with an eye towards increasing it, changing his menu and adding contemporary items like “wraps”, jalapeno poppers, Cesar salads, Cobb salads and several different kinds of burgers; really juicy and mouthwatering (not the frozen kind – one – taste – fits – all- palates) along with examining his presentation of the food.
He would have done this if only he would have asked someone; even a fellow proprietor to help him analyze the problem.  But he couldn’t. His ego wouldn’t let him admit that he didn’t know what to do. If he had looked at the decline in open play bowling and the decline in food sales on the same days, you would have to ask the question “why?” and that would have led to a whole series of assumptions that could be rationally tested.

One assumption could have been, “my food sales are down because not enough people are coming to bowl, but are they not coming because my food quality/value is wrong? And I know food quality and value, today, is more important and competitive than ever.  After all, my customers eat at Fridays  Applebees and other similar restaurants. Is my food quality as good as this competition?