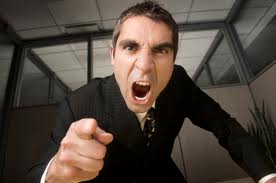 The most important guy in any bowling organization used to be, and to some extent still is, the Operations VP/ Manager, etc. This person was responsible for two things:
·         control costs
·         increase employee production
In his pursuit of controlling costs, this individual frequently “ruled” over marketing types by telling them what they could or couldn’t do. Oh it wasn’t meant to be that way, but it invariably turned out that way because all the Operations VP had to do was whisper in their owners ear, ‘Hey Boss, if we do this, it’ll cost a bazillion dollars and we have no idea if it will work.”
That was enough to spook the timid boss into shooting down the idea and psychologically promoting the Ops Manager to “King of the World”.
For a long time marketing guys were in fear of the Ops VP. He alone had ultimate veto power. It was the brave marketing guy who stood up to the Ops VP in front of the boss who sometimes survived.
More often than not, he was viewed as a “loose cannon” and eventually he was replaced with someone who the Ops Manager could control.  Needless to say, these types of “replacement” marketing people were less inclined to offer up new ideas for fear of their jobs. Rather than study new marketing ideas, they studied history.
Today, these old school types of Ops Mangers still exist within the organization and they alone are responsible for holding the organization back from creative problem solving. Instead, the modern Ops Manager should have just three tasks:
·         Forcing decision making down at the lowest possible level so people closest to the customer and who eat, live and breathe customer interaction can make suggestions, recommendations and implement ideas without the Ops. Manger micro managing every decision.  The cost issue is pretty well computerized and most Ops Managers have sophisticated computer tools, ratios, and formulas at their disposals to quickly hone in on any cost problems as do center managers
·         Eliminating fear.  Fear from making suggestions; fear from trying new and different programs, processes and procedures; and fear from trying.
·         Hiring the best possible athlete for all positions and then immersing that individual in a rigorous training program that not only teaches skills and knowledge, but also is able to communicate the corporate culture that accepts and expects new ideas without fear of recrimination.
In smaller centers where the Ops Manager is usually the owner, the need to for the owner to see his job, in today’s market, as a three pronged fork; decision-making at the lowest level, elimination of fear and instituting a rigorous training program is mandatory.  No longer can it be,”Because I am the boss, that’s why.”
Unfortunately, far too many centers have the “boss” as the ONLY decision maker on large issues as well as the minutiae of the moment.  This is the ultimate growth killer and despite all of the creative programming you think you are implementing, you really are just spinning an old idea a few degrees to the left and then, when no one reminds the boss that it was the watered down version of the original idea that was implemented, the boss can the hide behind the tired and lame excuse of “See I told you it wouldn’t work and look how much it cost.”  Only the Ops Manager is safe.  Everyone else is already under the bus.
So this is a warning to all of the “old school Ops people” out there, take heed, you are running your business as if it was 1975.
Time to get into the 21st century.
If you find yourself to be one of these people who are frequently saying, “we tried it, it doesn’t work” or “we’ve always done it that way”, be careful because you have found the enemy and it is you!
For your sake. For your family’s sake. For your employees sake.
And most importantly for the customers’ sake.
SHARE
TWEET
PIN
SHARE