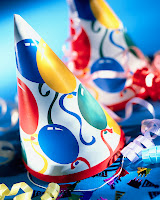 Five days of Sahara type heat with indexes of 110 and I’m about done; well- done that is. So I went into a car dealership just to look around and get cool and before being pounced upon by eager sales people, I watched as a sales guy slowly worked over this younger couple with gobbledygook about finance charges, insurance and warranties (which all add costs to the purchase and commissions in his pocket) for about 20 minutes.
I could see that he thought he had them closed when the woman suddenly interrupted and said, “I really didn’t understand most of what you were talking about so I guess we’ll just take it home, read the materials and come back later this week.  Ain’t gonna happen. You know it and I know it.
Bang, the guy worked his butt off and lost the sale. There was no chance they were coming back.  He looked surprised so I walked up to him and I said, “Hey man, its just TMI.”
He looked at me and said, “Huh?”  “Yeah TMI” I said, “Too Much Information. You gave that person too much information, confused them, got them lost and took them out of their comfort zone and that’s why they left.”  He was scratching his head when I turned and left too.  Maybe he’ll think about it when the next prospect walks in. Maybe.
And then it hit me.I wonder how much information we give customers who call on the phone. Do we give them too much information or not enough information?
So I got back in the SAAB and drove over to the park, punched down the windows and started calling some bowling centers in the area.
I called to ask about Birthday parties.  Would you believe that five out of five centers just started telling me about the two, three or four packages they had without even pausing for breath or asking if I had any questions!  When they finally finished (after about 5 minutes, I simply said OK, thanks.
Their response? “Sure no problem. Bye.”
Are you kidding me?
These guys never asked me even ONE qualifying question such as:
·         What is your child’s name?
·         How old will he/she be
·         Has he/she ever had a bowling birthday party
·         When would you like to have the party? (day, date and time)
·         How many friends do you anticipate being at the party/
·         Do you have a budget in mind?
·         Will you be bringing your own cake?
If you don’t qualify the prospect, you’ll be giving people information they may not want or even care about. So if you ask the right questions you will then have the information (wants, needs) they think is important. You can now more effectively guide the person on the other end of the line to the kind of birthday party that more specifically meets her needs?
And isn’t that what marketing is all about?
SHARE
TWEET
PIN
SHARE