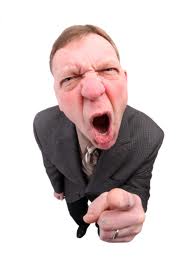 All too often I hear entrepreneurs complain about their employees and then tell me that they often tell employees what to do and when the employees ask why they should do the specific task that the boss requested, they get an answer like, “Because I’m the boss that’s why”.

In today’s environment and in hiring Gen Y and Gen Z, answers like the aforementioned don’t resonate well and in fact do nothing more than to get the employee looking for another job…pronto.
Sometimes the boss can be technically right, but management wrong.  As the boss you may be able to debate a viewpoint from many angles and because you’re the boss you could force someone into accepting your viewpoint. What happens when you do that?
Very simply the employee begins to spiral into a place where they’re not really working to solve problems, but working to avoid your wrath. so you won the technical battle, but long term, you lost a potentially good employee who is now so demoralized that he or she is no longer an asset for solving problems, but a mere sycophant to what you say.  Congratulations. You have created a robot.
So one of the first things a good manager has to learn (or should I say a manager has to learn in order to be good) is to increase motivation for your team to solve problems WITHOUT any fear of the consequences of their ideas, suggestions or recommendations.
As the manager, you can either build cultures that are highly collaborative and work together or you can create cultures where you have a lot of paralysis and its very difficult to make a decision.
The one time that you have a chance to change the culture is in the hiring process because as the manager you can hire a potential robot or hire someone with “clarity and creativity”
What do I mean by Clarity?
When you are building a business or just trying to get an existing business to perform better, there are so many things you can do, so many paths you can take and so many avenues you can go down that you want people who have the ability to dial out the noise and find the “signal” that the group believes it should be following.
Without the ability of everyone on the team to believe in and follow the signal, you will end up managing a “co-op board” where everybody wants “their way.”
What do I mean by Creativity?
There are a lot more problems to fix today than ever. The newly hired employee has to be able to come to you with a clear understanding of the problems (clarity) and then offer up three or four creative solutions; suggesting one for  reasons he believes in because the facts bear him out.
If that employee is told that his ideas are stupid or that he doesn’t know the business well enough, then say goodbye to that employee forever and say good bye to your idea of creativity.
I have sat in too many meetings where the Boss asks his team what they would do about a particular problem and they all clam up.  Finally I have to jump into it and start a brainstorming session with an idea and then ask people to build upon including the boss. As soon as the boss indicates that any idea is stupid, we take a time out and I go have a “heartsy” with the boss.
Sometimes I get him to understand and sometimes I get an “I don’t understand. If it’s a stupid idea, why can’t I say it”?   “Because its not the final idea; maybe something beautiful will grow out of it. Why not give it a chance?
Then back into the meeting room for round two and I tell the boss that his job is to keep encouraging them to redefine the solution. How will it work? Who will do it?  When can it get done and how much do they think it will cost?
If I can get them going on this stream of thought, I know we will have a good solution(s) for the problem.  If I can’t, well, its back to “Because I’m The Boss That’s Why.”
And now the only problem left to decide is when will the business be put up for sale and for how much?
Its your choice.
I know what I would do
SHARE
TWEET
PIN
SHARE