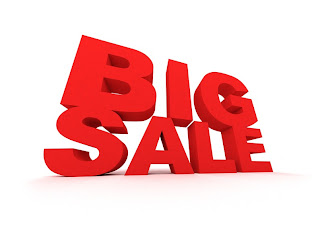 Recently, I heard a noted industry marketing guru stand in front of an audience of bowling proprietors and tell them that bowling “is a commodity industry.”
I wanted to shoot him or at least destroy any chance of him having additional offspring.
Unfortunately it has become that because of the overpowering (and incorrect belief) that proprietors have of consumers’ perception of bowling, (I.E “all they care about is price, they just want to get the buying experience over with by buying cheap.”)
Thus, we have proprietors leading each other over the cliff by selling bowling at the lowest possible price just so they have traffic, just so they can sell a beer, rent a pair of shoes or sell a hot dog.  It is this thinking that has led proprietors to being unable to maintain their centers, to improve their centers or to pay more for better personnel.
Is that why I see more bowling centers closing?  Not enough capital to do any of the aforementioned?” Yeah, I think so and that leads to an inferior and less desirable product which leads to fewer customers,  less revenue and eventually to posting this sign: “Out of Business.”
When an industry marketing guru or a proprietor says that “all the customers’ care about is price”, the guru is really saying that the customer believes that nothing about the product matters to them. In fact the product is no longer the discussion; the price becomes the discussion.
But it doesn’t have to be that way.
No, you can’t make bowling interesting to all, but you can get those that are interested in your newest innovations to care and TALK ABOUT IT.
Remember that bumper bowling was invented by a proprietor who used carpet rolls which morphed into blow up bumpers which morphed into automatic bumpers which morphed into greater interest in bowling among families with children.
The closest I have seen is Gordon Murray’s Profit Platform which turns the bowling center into a music and rock show. Now that’s innovation that cannot be confused with commoditization. (No Gordon didn’t pay me to say this, but he should 🙂
So who out there has the next “carpet roll?”
SHARE
TWEET
PIN
SHARE