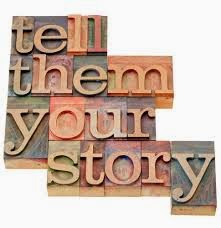 I have missed a few days of blogging due to my Mother in Law’s passing away. An extraordinary woman who lived to almost 101 years of age, she was born one year before the guns of August were fired in WW1 – the war to end all wars.
Instead it was the war that ended the peace, at least in Europe. And it was the war that ended the “old world” and gave birth to the “modern era.”
What remarkable changes she witnessed!
From horse and buggy transportation to a rocket flight to the moon;  from talking to someone on a party line telephones to chatting away on a cell phone or seeing them on Skype; from an agriculturally based nation to an industrial based nation and  from sulfur drugs to modern antibiotics to name just a few.
I often wonder if the bowling industry has traveled the change highway at warp speed and in reality, I think not.
In fact, the impact changes” that have occurred over the past 60 years number just four.  The Automatic Pinsetter; the Automatic Scorer, Synthetic Lanes: and Bumper Bowling. Think about this, the product that you saw in 1985 is pretty much the same product we have today, give or take a few bells and whistles.
That’s thirty years ago!
So if you are in your 40’s now, what you saw when you were ten years old is what you see now! For some people that is a very comforting thought. Yet for others, it’s old and tired.
To me, bowling really is an American Icon and I wish more centers would tell the bowling story with passion, with pride and with some humor.

Restaurants often have the story of their founders on the inside or outside flap; stories that reflect the character, the struggles, and the story inside the story.
These kinds of short reads help us to identify with the restaurant as part of the community and as part of our “growing up” experience.
Why don’t you do the same?
If you have been in business one year, or ten years or forty years, please tell your story on your website, on posters in your center, in a brochure or on a you tube video.
People are curious. They want to know about your business’ history and who owns the center and how you became a 1stgeneration, 2nd generation or even 3rd generation bowling proprietor.
Set the story in a way that your center is familiar, is comfortable, is safe and is a community landmark…and not an old and tired been there and done that kind of place.”
If you need an example, look at the story Harley Davidson has told or the story that  Coca Cola has told or Ford Motor Company or maybe even the story that Hershey Bars have told.
All these companies have one element in common. All of them are American Icons.
And so is bowling.
You don’t need to wait 100 years to tell your story.  Just tell it now and tell it like it is.  Just do it soon.
SHARE
TWEET
PIN
SHARE