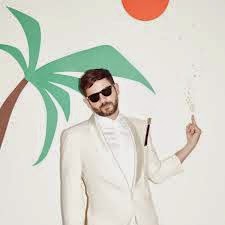 Over the past 5 or 10 years the debate about whether bowling is a commodity or not rears its head and people flock to take sides.
Most of us have flocked to the commodity side and therefore feel that bowling should be priced as such, especially (or specifically) in the “traditional model.”
Admittedly, as the second shift (9 p to close, Monday thru Thursday) continues to atrophy, many proprietors have offered their lowest pricing during this time period such as: quartermania, dollar days, $5 all you can bowl and a host of similar low price promos and I don’t blame them.
But that is a slippery slope and in competitive markets, it may portend who goes out of business first. Then again, you have to do what you have to do.
But do you have to stop there?  Do you have to just offer a LOWER price?  Can you not create some fun to go with that low price? Can’t a commodity priced product have a little fun too?
Why not make an effort to make these low priced nights special nights; sell beer from a wheelbarrow on the concourse sold by a waitress in a 5o’s outfit; or selling pizza from a rolling cart and singing Italian songs; dressing staff in masks or costumes or hats; or having staff on roller skates (check your workman’s comp insurance on this one); or play different kinds of music even funky stuff from the 40’s and 50’s?
Wear a tuxedo, maybe a red one, host Martini nights and hire an old time band in white dinner jackets to play music that the kids never heard before; or run a Great Gatsby night; or hire a friend who is an amateur musician.
What about temporary tatoos or face painters and certainly clowns; or  hold an “open Mike night” and let people sing a song; or do a 5 minute stand up comedy routine. Maybe do karaoke on the lanes with their video image projected on the overhead or big screens if you have them?
Maybe run crazy bowl contests or give away unlimited pizza for $5 per person, just cheese pizza and cut into squares and serve the  squares on small plates or dish them out yourself or serve them per lane.  Very, very few of us are doing does this kind of stuff because we’re afraid that “it won’t work.”
So it might not?  Big deal if It didn’t work! (At least the staff might have had some fun). Try something else and keep on trying.
The best hitter in baseball, Ted Williams, was only successful a little over 40%
Howver, if you really believe  your product is a commodity, especially during 2nd shift weekdays) and you price it as such, what are you going to do when minimum wage goes to $15 per hour?  Places like Seattle WA want to (or are planning to) raise minimum wages to $15 per hour. Yikes!
What if, instead, you created the brand image that can honestly say, “You can get bowling anywhere at 9pm wherever there’s a bowling alley, but you can’t get this from anyone but ME!”
SHARE
TWEET
PIN
SHARE