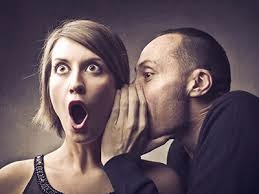 If you or anyone you know has been brave enough to do some shopping this past ‘Black Friday Weekend”, then you might be able to provide some feedback on the level of customer service you received.
Was it good? Was it more than you expected?  Or was it a bunch of untrained, temporary people who said “I don’t know” allot and then walked off to find someone to help you and you’re still waiting for them to return, right?
I sure hope that didn’t happen at your center; that your staff was geared up and ready to service the heck out of your once or twice a year customer.
But then again if you didn’t, I hope you uttered what is probably the hardest sentence for any organization to say to its customers, “You’re right, we were wrong.”
Ouch. It should hurt us to say that, but that one sentence doesn’t say that you’re ALWAYS a bad company or that you broke the law or that you did something unethical.
It just says that in that ONE particular instance, you guys got it wrong. Or stated another way, it says that you made a promise and didn’t deliver on that promise.
Owning that and saying it out loud does a couple of things.
First, it respects the customer and secondly, it allows you to make more promises down the road.
Second, by YOU saying it in front of your employees, to a customer, you remind your employees that it’s OK to admit that they are wrong, but more importantly you tell them that they can make more promises in the future…and NEED to live up to them better than they did today.
And that’s a lesson you will be able to take to the bank.
SHARE
TWEET
PIN
SHARE