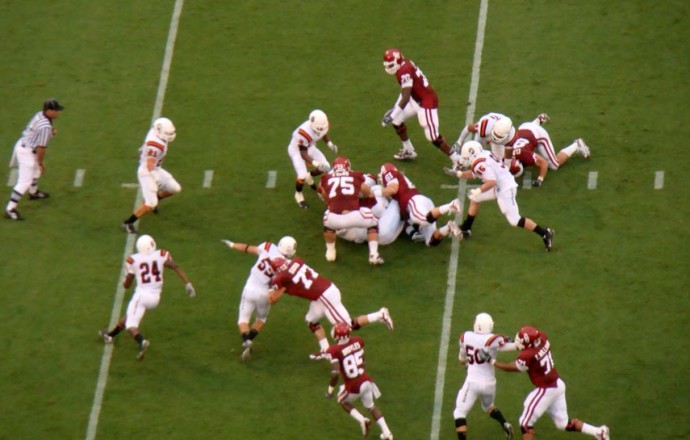 After 20 years of providing marketing and management consulting services to businesses within the entertainment category as well as other industries, their strategic business approach is  either “offense oriented” or “defense-oriented”, based upon the team the leaders, managers or owners have assembled.

Every client says they want more revenue, but in reality, some are actually AFRAID of more revenue. They are the defensive businesses who tend to hire defensive employees. People who are content with the status quo; people who say, “Oh we tried that and it didn’t work.”

People who believe that they are in a “sunset industry” or a “no growth” or “very low growth industry” and, thus, have no motivation to do anything differently…other than to say, “Nothing works anymore.” (Including them!)

Or people who just want to ride it out until they can sell.

Or they hire people who are mere auditors always thinking about theft; that someone is stealing, that they have to micromanage everything and their strategic visions is, “Don’t lose what you have and protect the principle at all costs.” People who say, “I will invest as little as possible to market my business” and are slow, very slow, to embrace dynamic and new internet marketing processes.

Some have even hired internet companies to do this for them and may have even been successful with it, but the center no longer manages or plays in the game…they have hired replacements to play what they believe is “offense.” Yet, when they don’t see immediate returns in 90 days, they fire the company and move even further away from “the offense” culture and dig their heels in even deeper to play “better” defense.

In fact, the worst situation that the defensive company can be in is to hire a bright, intelligent motivated person to develop a new set of programs. And when that employee stays up and burns the midnight creative oil to present proposals with facts and conclusions to owners, managers and other employees, they eventually get, “that won’t work,” “you can’t do that because of blah, blah, blah.”

Eventually and usually before six months that new employee quits, having been frustrated by the defensive players’ fear of risk, finger pointing and blame. While employees are very concerned about any changes, it is usually, the leader, the manager and/or the owner the owner is even more scared than the employees and this attitude just permeates the organization… So they continue to play defense and still don’t understand why their business begins to atrophy.

On the other hand, those companies who are led by the “offensively oriented proprietor, manager or company executive wants all employee input; wants to reward them for new ideas; has established a culture of “teamwork”, goal setting, easy to implement processes, and constant training.

In this offensive minded environment, every idea is valuable, is considered and evaluated thoroughly from the perspective of “how can we run this play?” What new resources will we need to make it happen? How quickly can we roll it out in an alpha and then beta test?  It is this organization that truly values every employee and accepts new ideas from all.

Unlike the defensive company that says, ah we’ve heard that before, it just won’t work here, the offensive company looks for reasons to make it work, to reward the employee for his /her idea suggestion, recommendation and creativity.

What kind of people do you think they tend to hire? That’s right. The aggressive self-starter who wants to achieve, who wants to be part of a team and who respects everyone on that team

If you find yourself in the former category (defensive), look in the mirror and evaluate yourself first.

The choice is yours. But I know what I would do.