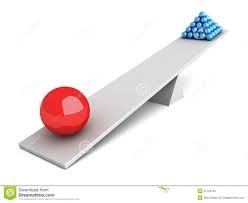 (George McAuliffe and I are good friends and colleagues and we both respect and admire each other’s work. He picked up on my last blog, (“So You’re a Numbers Person, Eh?”) and he wrote a blog about a long ago experience he had when he was a young regional manager that resonates today. Please read his guest blog below)

Years ago as a young Regional Manager, my boss joined me for a road trip, visiting several of our arcades on a typical quality control swing. He was impressed with the way I interacted with our managers and staff. I even knew some of the customers in locations hundreds of miles from my home base. I was pretty proud when receiving those compliments. Then came the criticism: “you don’t know your numbers.” Apparently he noticed that just about every time he asked me for a number- commonly called key metrics- I had to look it up.

“Well, I’m not a numbers guy,” I replied. He suggested that I become one- fast. He shared the old cliché’: “if you don’t know your numbers, you don’t know your business.” Fortunately for me he went further- “the idea isn’t to always be locked in the office studying data,” he said, “we have some other RM’s who do that because it is their comfort zone. You’re the opposite. You gravitate to the people side. The idea is to find the balance.”

That was great advice that has done me a lot of good over the years.

I remembered that long ago conversation today while reading a blog post from my friend Fred Kaplowitz. Fred is the principal of the Kaploe Group and a leader in the Bowling Industry marketing world (www.KaploeGroup.com). His post today was titled “So You’re a Numbers Person, Are You?” and, as usual, was rich in food for thought. He described a certain management type who measured everything, constantly: “…….lineage by type, by time, by weekend, weekday, night, day, shift, revenue per game,  food and beverage revenue per game, shoe rental income per game and number of clicks on Facebook, websites, coupon redemptions, payroll percentages, shoe rental to open play ratios and on and on.”

Fred knows what my boss knew: to know your business you have to know your numbers. But he went on to point out that the numbers are not an end in themselves, but rather they are a means to the end. He described a second group of managers who balanced their time to focus more on their customers (I’ll add “and staff”). This group spent less time “focused on the past,” (and let’s face it the data are trailing indicators) and “…more time creating a better bowling experience for the future…”

Providing equal time for understanding the numbers and measuring progress along with talking with customers and staff on business creativity is how great ideas are born. Great ideas are what take businesses to the next level.

Coincidentally Bernadette Jiwa, another blogger I follow who specializes in the “Story” aspect of brand development and marketing (http://thestoryoftelling.com/) had a similar take from her world. She brought up Don Draper, that old time advertising exec from the TV show Mad Men and described how he used to sit in bars and retailers and watch customers. He’d talk to them and he’d talk to the staff to find out how customers think, how they behave, why they like what they like. Today his job would be a lot easier with the reams of data available and easier ways to collect it.

But, like Fred, Bernadette thinks we’ve taken it too far. “[The numbers folks] mine the data, they know what I do, but they never see me,” she says, “the data can’t tell them why.” She closes by saying “the data might sell this week’s accessory, but it can’t do something significant that keeps them coming back year after year.”

George McAuliffe has operated family entertainment centers from 2,000 to 150,000 square feet as a corporate executive and entrepreneur. He is currently president of Pinnacle Entertainment Group which advises clients on FEC operations and strategies. Readers can visit www.grouppinnacle.com for more information or contact George at georgemc@grouppinnacle.com or call        314-422-7197.