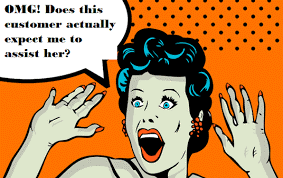 It had everything but a bowling “alley”.  For that we had to take a bus or walk the 15 or so blocks, if we were so inclined.  Usually we walked so we could save the 15 cents bus fare for a soft drink.  The bowling center, back then, was under the elevated subway, down a flight of stairs in the basement of a catering hall.

I still remember the smells and sounds of the place; cigar smoke, men’s bay rum after have, and hot dogs on a grill. This was the 60’s.

We loved the time we spent there and realized that, even after a new center opened up and we tried it, it just didn’t feel the same.  The new center, incidentally, was just two blocks from the old center so the distance was about the same.

But we liked the old one better. We liked that Mike, the Manager always used to say, “Hey Kid, how ya doin? You gonna bowl a couple a lines.  Well, bowl good you guys,” as he handed us our shoes, without even asking our size, a score sheet and two pencils.  Once in a while he even let us bowl a free game or two.

He really didn’t do anything special, but he did come around and show us a few ways to bowl better and how to pick up tricky spares. He told us stories of big pot games that lasted all Saturday nights and who had to get “escorted out.” He was always really nice to us, smiled, patted us on the shoulder or on the head (Today he would probably be arrested for sexual harassment!) and didn’t mind a bunch of teenage kids hanging around.

I guess that was customer service back then. Didn’t take much. Just a hello, a smile and a helpful and patient hand…and a freebee every now and then!

Wonder how much of that “old school sincere” service we are all still doing now…and if we are doing it consistently?