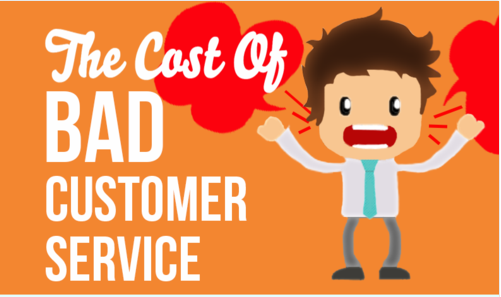 This is a true story. Last Sunday, a few couples got together at our house, to watch the Super Bowl. Dinner and drinks followed and, a friend of mine, whom I have known for umpteen years, began telling us all a story.

It seems that earlier in the day, he and his son went into a local greeting card store because his son (who was also learning to drive at the time and was driving) decided he needed to buy a gift card for his girlfriend’s birthday. After his son almost crashed the car, made an illegal U-turn that cut off an approaching driver, my friend was left in a most stressed out state. Unscathed but shaken, he made it into the store with his son in a less than happy mood.

After asking for a $25 gift card, my friend received a receipt for $75 and when he questioned the clerk, she just turned to him and said that “they came that way and that’s how they are sold – in a three pack.”  After mildly protesting and saying he only wanted ONE, he asked her to please void the sale and only sell him one. Many futile moments went by as the clerk struggled to make sense of the computer, void the original sale and then issue a new sale. All to no avail! Finally, in desperation, she called the owner of the store to come out from his office and help her.

About five minutes later a slightly overweight middle-aged man emerged, name tag on his burgundy vest and hair a bit disheveled, went straight to the computer and started working on the transaction. Not once did he acknowledge my friend. Not once did he make eye contact. Not once did he say, “Sorry for the inconvenience”. Not once did he even smile at my friend and his son, standing by feeling as embarrassed as a 16-year-old can ever be. It was apparent that no one ever trained this “owner” on the merits of customer service and finding out if the customer was satisfied and his problem resolved. He didn’t even try.

The bad customer experience, which the owner could have turned into a memorable experience for my friend and his son, ended up coming across as an utter annoyance and something he could care less about it. It was merely another pain in the butt, another stupid customer who didn’t read the signs and a clerk who he was angry at because she couldn’t deal with the situation on her own.  Instead, he very begrudgingly had to deal with it…and his anger or frustration or both were highly evident. “I wonder if the owner ever trained her to do anything but ring up a transaction, said my friend.  He continued, “kind of like what we used to do with a new employee, “here’s the shoe spray, here’s the computer and these are the rental shoes. Good luck.”

My friend, who as a second generation well-traveled bowling proprietor and highly experienced turned to me and said, “You know I wonder how many individual bowling proprietors have ever been really trained in customer service, the same way that the big chains train their employees, managers, assistants, wait staff, bar staff, porters, mechanics and desk people?”

I looked at him for a moment as my mind raced back to the hundreds of bowling centers I had been in and all the mishandled customer service opportunities I had seen and shot him an answer, “Probably less than we want to admit!”

He looked at me and responded, “Stuff like this can kill the single proprietor. How many times can you treat a customer like that, especially in this century before they go somewhere else?” Simultaneously we both sadly stared at each other and said, “I know. I know.”

What are you doing every day to upgrade your customer service experience in your center?

— Thanks to Jon Perper, Owner of the Big Event in Cherry Hill, New Jersey, for telling me this story.