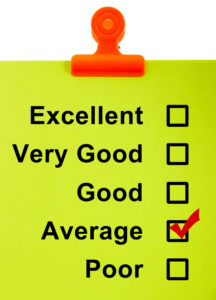 No one likes to think of himself as average, but here’s a story about just that.Talking to a proprietor the other day, he was complaining that his “Cosmic Bowl” wasn’t doing well.  So me being me I started asking a bunch of questions and listened very carefully (which I do a lot).

Here’s what I heard and then recommended:

He has had cosmic lights for over 20 years and NO, he hasn’t really changed the format or done any interactive events, (although he did have a DJ for a while, but thought it was too expensive) or even given away some instant gratification gifts

His wife indicated that they don’t play RAP music, even though customers ask for it, but they hate it so they play 70’s, 80’s and 90’s music

They run their cosmic on Friday and Saturday nights, same music, same formats and use Bowling Music Network for requests…except RAP music.

Other than having cosmic bowling up on their website and sending out a few e-mails a year on it, around the holidays, they don’t promote it much

He said, correcting her that they have “tried” radio, even some cable TV and have given away free games for red head pin strikes, but people got bored with it

All of their equipment was in good order and he has updated his lighting including “caps lighting.”

I sat silent for a while and reviewed my notes and then I said.

You’re doing average, trying to appeal to everybody, but appealing to nobody. You’re walking down the middle of the street, but it’s more dangerous there because you’re more liable to get hit then choosing one side of the street or another. So being average is not what you want. I asked him if he would buy an average parachute or look for an average heart surgeon.

When I looked at his numbers over the past two years, sure enough, he was doing average…and going down

When he first put cosmic bowling in, it was new and shiny and everyone wanted to try it, but after a while, because there was nothing new in “added value”, people got bored and instead of coming back every week, they started coming back once a month, then once every other month and eventually maybe a couple of times a year.

Secondly, the people who were 7 years old and saw and heard cosmic for the first time, on their birthday, are now 27 years old and what they see is the same product they saw when they were 7!  What’s new for them? What will motivate them to come to a 20 year old show?

Third, YOU may not like RAP music, but your younger customers do who you say are your current customers. There is plenty of RAP music that does not contain vulgar language or talk about racism, sexism or violence. Bowling Music Network has plenty of music that meets these requirements.  Play the music people WANT!

Get your staff into cosmic night shirts or ball hats that glow when hit with black lights. Speaking of which, if you don’t have LED black lights, you’re wasting electricity costs. (Plug here for another client…ZLED Lighting (800) 679-9243 owned by Jon Perper, a bowling proprietor in Cherry Hill, NJ.

Consider theme nights where you can feature certain music on a Friday night and DIFFERENT music on a Saturday night. Emphasize that you always take requests.

Develop a digital plan with promotions that offer people incentives for bringing 4 or more people and promote it for different weekends. Utilize an email calendar, Facebook schedule and new landing page for Cosmic on your website. Don’t forget to use testimonials and do you tube videos on your site or emails so people can see other people having fun. Start planning and budgeting Facebook ads and begin using Instagram. (I had a feeling that he wasn’t entirely cool with knowing about Instagram, but he would!)

And finally, if you are going to do this, perhaps rebrand the program and call it something else, “Night Moves”, “Cranberry Bowl” or any other attention grabbing name you can think of.

When I got finished, the proprietor was silent for a while and then asked me if I could help him with implementing this program.

Sure, I said, because I know you don’t want you to be “average.”