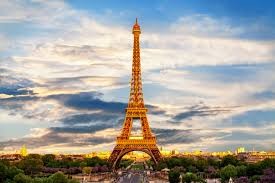 From native tongues to indistinguishable- never-heard- of-languages.  All in the City of Paris.  No doubt the same could be true in other cities as well. Marie and I took a mini vacation to Paris as a special anniversary reward for ourselves, but basically it was a reward for her for her putting up with my idiosyncrasies, my late, late night writing, my crazy travel schedules and general “Fredness.”I was never a Franco File.  In fact, when I went to Paris the first time I returned as a highly disgruntled tourist and was more than willing to tell anyone about my Paris experience.  The service was bad; the people unfriendly towards Americans and the whole feeling left me ice cold.  Moreover; I scratched Paris off of my list as a “never to do again” destination.Fifteen years later there I was. A tourist in Paris. What happened to make a stubborn Taurus change his mind?  It was all the good things about the city my friends were recently telling me. The welcoming smiles, the wonderful service they were given in restaurants, “The whole experience”, they said “was just awesome!” Slowly I began paying attention, checking out reviews on the internet, speaking to people I knew who traveled globally every week and all the feedback I received was “very good to great” reviews.I knew how much Marie wanted to go so I acquiesced and said OK.  I won’t bore you with the details, but we had a great time and all the comments my friends made were validated by my own experience.What happened to the French? Perhaps France hadn’t yet learned how to market their country.  Oh sure, they did creative and pretty ads, but they never quite got it until…,Someone told them that people want “A Travel Experience” they can tell their friends about; that they feel good about; that brings them happiness when they relate and relive their travel adventures with friends and neighbors.I believe that slowly, slowly, slowly the French business person and staff realized that in order to attract and retain a tourist they would have to create that SPECIAL experience for the tourist who did not speak French at the hotel, at the restaurant, at the retail store, at the museum, at the art gallery or every place they would visit. More importantly,  it would have to translate to not only Americans, but to people the world over; people with different values, different ideas about hospitality and people with different expectations.And for you, Mr. or Ms. Bowling Proprietor please know that you may very well have the same challenges; perhaps not with the myriad of cultures, but certainly with at least several different cultures patronizing your facility.So sometime in the next week, please take a spot check and see if you are delivering the total entertainment experience to the different cultures you might be serving.  (And just because you may be translating your flyers into Spanish or Korean does not necessarily mean that you are meeting their ‘cultural’ needs).Are you meeting their cultural needs and exceeding THEIR expectations? You might be surprised.