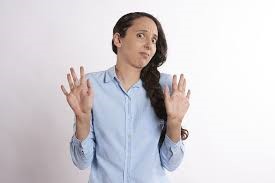 This past Saturday Marie and I flew to Boston to be with our grandson for his 10th birthday. Somehow we decided that it would be a good idea to take an early morning flight (530 am) and fly back on a 1030 pm flight the same day. After all it was only an hour flight. We BELIVED it would be a good idea and get us home, given other obligations we had previously committed to for Sunday. We had, as you can probably imagine for those of you who have grand children, a wonderful time with Leo, his sister Stella and to be with Matthew and Jessica, their parents.As the fates would have it, the 1030 pm flight was delayed and we didn’t get home to about 2 am and we were so tired that sleep didn’t come until an hour or so afterwards.  And that was the TRUTH.This got me thinking about the difference between BELIEF and TRUTH as well as the similarities.We BELIEVED that the flights would be on time; that we would get enough sleep to make it to our other obligations on Sunday and that everything would run like clockwork.The TRUTH was far from that. Our TSA precheck on the morning flight, (viewed on our phones by the optical scanner), was not accepted; we had to hustle back to the ticket counter, get re ticketed, make it through security and then run to the gate. The flight closed at 5:15 am and we were just getting to the gate at 5:13 when the gate agent saw us running and held it.While sitting on the plane I thought about our customers and how, when they came to our center they BELIEVED they were going to have a good time; that they would get their lane on time, the rental shoes would fit the first time, their choice of a house ball would be satisfactory and their food would be delivered or picked up exactly as they ordered it; the bathrooms would be clean; the machines would work properly; and the bowlers area would be clean and tidy. If any of these “points” became UNBELIEVABLE, the TRUTH would diminish their positive BELIEFS. If several more of these points disappointed them then their BELIEFS of having a good time would slowly morph into the TRUTH that they really had a bad time.When was the last time you checked as many of your “customer touch points” as possible; every place the customer goes and everything the customer wants. Are your processes transparent, smooth and seamless? Sometimes, because we view ourselves as veteran bowling center people, we sometimes take these things for granted. But the customer does not.  Are positive customer BELIEFS being reinforced with positive customer TRUTHS at your center?