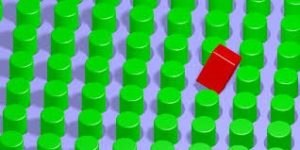 I was working with a couple of centers this past week. One a newer client, and another one, a client I have served for several years.The newer manager was excited about working with us as were we in working with him and his center. For the last several meetings he has been emphasizing the need to fill holes and to find bowlers for specific days and times. Perfectly understandable. He was doing what we all want. Filling our lanes.He was looking for customers to buy a product and he had several to sell; from 6:30pm on a Tuesday to Thursday at 9pm to Sunday at 6:30 and so on and so forth. He and I had looked hard at the market, the demographics, and what we thought the market would like in terms of bowling programs.So we developed a few short season league products and offered a guarantee to anyone who joined that if they weren’t happy after the first week, then we would give them their money back. He resisted a little, but understood that by offering this guarantee we could honestly say to the prospect, “Why not give it a try Joe? We guarantee to give you your money back if you’re not happy. You have nothing to lose, right?”He was happy that one of the programs was now in its second week and only two people out of 32 asked for their money back and they were all newer bowlers. When asked about the other programs, he fessed up that he tried to move these people into the holes he was trying to fill and had very little luck.The second client I saw introduced similar kinds of short season programs, all offering a guarantee. His success was different. He floored two out of the three programs he tried to start. The only one that came up short was a 9pm Monday night league. He was pretty happy with the interest expressed by some people and felt that this one would probably go after the football season in January. He got it. He didn’t try to force these people into a traditional league. He just gave them what they wanted.So which kind of owner or manager are you?  Are you the manager or owner who cares less about finding customers for his products or the one who cares more about finding the right products for his customers? Hope you’re the second one.