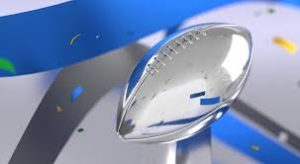 A 60 second super bowl commercial is selling for $10,000,000 dollars and a 30 second spot is $5,600,000. Their entire inventory has been sold and the above mentioned figures are the network’s average sales prices. Does it make sense to spend this kind of money? Two Presidential candidates will, car companies, beer companies, and soft drinks, Kellogg’s Pop Tarts, Little Caesars, Hard Rock, Walmart, Microsoft, Verizon and Face book will also. I probably missed a few, but you get the idea of who is advertising.  The audience for the Super Bowl is expected to be (just in the USA) over 100,000,000 viewers. Last year’s low scoring game only had 98 million viewers; while super bowl 2015 had a high of 114.4 million viewers. So if there are 100 million viewers, that’s about 1 out of 3.5 people in the country including your 2 year old niece.While the bowling industry certainly can’t afford to spend this kind of money, wouldn’t it be great if we could. Wouldn’t it be great if we could advertise in your local market without spending (I.e.) $200,000+ a spot in a local market?But while you can’t do that, you can take a more proactive approach and spend money on Face book and Google to reach your audience, to be able to segment, pinpoint and target the people that you want to come into your center.This shouldn’t be a random once in a while kind of thing, but rather a planned schedule that you are going to do monthly, aimed at promoting specific programs and special events. You should also consider having a general awareness campaign about your center with a special offer of (I.e.) get $10 of $25 this Sunday only, (I.e.)  get a free pizza this Friday night ONLY where you bring 5 people to cosmic bowl (on one lane).You may not be able to advertise on the Super bowl but you can be a hero on Face book and like any advertising, frequency and consistency of message is important. If you’re not spending, on average (and if you have a person, who knows how to create audiences and get the information off your page and into the news feed,) about $500 per month total for two or three campaigns should do it.One last note, check your face book metrics. If people comment on your post or hit “like” you can capture that name and remarket your message to them.  Just don’t expect instant results. That’s for Super man. And he’s playing in the Super bowl on Sunday.