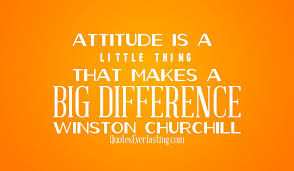 I spent a fair amount of time reading these past few months, business books, marketing books and historical works; the latter being one of my favorite categories.

One of the last books I finished was about the building of the Brooklyn Bridge and back in 1883 when it was finished it was the tallest structure in the city and a monument to engineering and the Roebling family, both father and son and wife who built it.

Over 100 men died some working for about $2 a day as well as Washington Roebling, the father who died during the project and the son, John Roebling who became paralyzed from going up and down in the “caissons in the East River to set the granite pillars. He got the “bends.” It was then left up to his wife to supervise the completion. And complete it she did!

Bridges are monuments and tributes of glory to those that build them; there they are in the sky for all to see them

But what about tunnels? Who sees them?

They basically serve the same purpose of connecting two different areas of land whether it be through a mountain or under a body of water.

That is probably why we end up with more bridges than tunnels.

Will the same be true of how we will open up our centers vs. how the customer will see us?

If we’re the center, we’re probably the tunnel, being very productive and not calling attention to ourselves, but going about how we are adapting to the new standards in a calm, cool and collected manner.

As a tunnel, we can be progressive (not a political term) without making the customer feel that because we have all these new sanitation standards, he or she does not have to be fearful. Instead we must project that “It’s OK. It’s cool. We can handle it.”

We do it happily, not grudgingly, because all we want is our customers, in all their glory, for all to see, are safe and happy.

Build a tunnel. You don’t need the glory of being a bridge, just need more happy customers who will tell other people how safe they feel.

Having the attitude of cool, over and above all the processes and procedures and training modules you may have created are all well and good. But being cool in the face of a storm is what is required now…with employees and customers.

You are the leader and as such, your attitude of calmness and cool must be communicated to all of your staff so they will communicate that to your customers.

As has been said many times, “It’s all about attitude”, isn’t it?