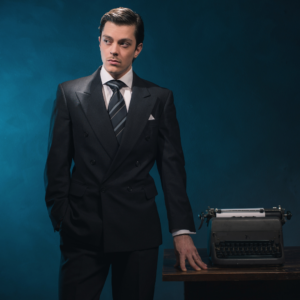 Marie and I have been watching the reruns of the TV show starring Jon Hamm as Don Draper. In the series called “Mad Men” Don Draper a 1960s Ad Man wrapped up in how to persuade the client to buy his idea and thus run the campaign HE designed.

He achieves this with no research, no focus groups, little input from the client, a team of 3 or 4 “creatives and a few artists to create story boards. But make no mistake, the campaign theme is all Don Draper’s intuition with a few tidbits from the creatives. In typical 60s fashion the advertising people are all suited up, smoke constantly and “day drink” in their office most of the day. Does that make them more creative or less inhibited to share their ideas. I think it’s is the latter.

Flash forward, 60 years and we see the world in a way that Don Draper and his cronies could never imagine. Hopefully our employees don’t day (or night) drink in the center, yet are free to express their opinion without the fear of being fired.

Yet, I often wonder, from what I see, if we shouldn’t take a page from Don Draper. While Don went with his gut to create a “campaign,” I see little in the way of a campaign from proprietors.

Oh sure, there are tactics such as tournament announcements, special pricing programs, league openings, pictures of cosmic bowling and menus. It all seems so random and rarely do I see what the center stands for outside of “family entertainment.”

In other words, I see NO STRATEGY. I don’t know what you stand for and what are your values. Occasionally I see a fundraiser that you did, but not consistently. No doubt some proprietors are consistent and have an overall strategy outside of “ringing the register.”

But not enough of you (IMHO) develop a campaign which creates an emotional bond with the customer and convinces him/her, when they buy our product (our bowling or family entertainment center) they are buying the best value and best service from the cleanest and friendliest place around. Rarely, if ever do I see a campaign that creates this kind of emotional engagement – that builds trust and loyalty for continued  customer patronage.  We just look for the next best idea or as some people say, “the next gimmick.”

Yet, it is so not difficult to execute your strategy and translate it down to your tactics. Here’s an example. If your strategy is to make your employees the stars of the show (so they can serve customers better), how about this for an idea

Why not run a series of testimonials not only from customers, but from employees as well? Run this for several weeks separate and apart from any offers. The offers however would be made by your employees – who you will make sure – look casually professional.

Oh yes, while we are all focused on social media as the way to go, our generation Z people are still watching TV and listening to the radio. Just think about BPAA’s summer TV campaign that raised awareness and told people to simply “Go Bowling.” And if you didn’t have one of the best summers you ever had, I would be mighty surprised.  So, please just don’t blow off old school media.

You may not want to do this right now because business is so good, but as we know cycles come and cycles go and you might need something like this strategy; especially as inflation and prices increase and the squeeze on discretionary income gets tighter,

If you need help in developing and executing a strategy, I’m available to assist you on a zoom call or several calls.  My number is 516 359 4874