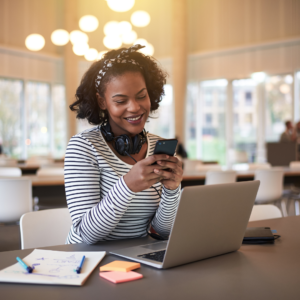 It’s no surprise that texting is a valuable tool in your marketing arsenal, but to let you know how important it is I wanted to share some of the statistics I found on line from a site called “Text Line.” You might want to check them out!

1.      The average American spends about 4 hours and 23 minutes a day on his/her smartphone.

3.    The average American will check their phone once every 10 to 12 minutes.

4.    Eighty percent of Americans check their smartphones within 10 minutes of waking up.

6.    Nearly 15 percent of U.S. adults are “smartphone-only” internet users — meaning they have a smartphone but do not have a home broadband connection.

11.   75 percent of Americans use their phones when using the restroom.

12.  The leading smartphone app as of May 2022 is YouTube, which has a 72 percent audience reach.

13.  Facebook ranked second with a usage of 57 percent in the U.S., and Google Maps has a usage rate of 56 percent.

Research shows that the popularity and dependency on smartphones will only increase in future years. Understanding how to maximize this tool will be more important than ever.

Thus, your marketing strategy needs to include a detailed plan on how to use texting and emailing more efficiently

Want to know how?