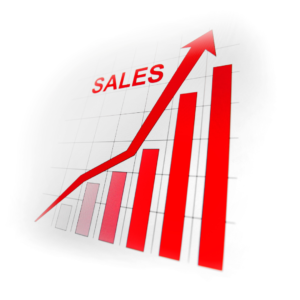 As the holiday season begins to pick up steam, you and your staff, hopefully, will be fielding more questions about company parties, group events, birthday parties and fundraising so here’s my take on selling and how you can close more sales with half the effort.

The other day, after my Saturday SAAB car wash, I dropped into a local center, just to see what was happening and how business was going.

Not much, but a birthday party was in progress. As I was about to introduce myself to the customer service person, he hurriedly picked up a call and he politely introduced himself and the bowling center. That was the high point.

For the next 5 minutes he read the birthday brochure with three party offerings reciting every single element. He did not even come up for air and as he concluded his speech, he said “thanks for calling, let us know if we can help”.

He did not get a name, an email or a phone number, and worse never asked if she had any questions such as: what was the child’s name, how old he/she was going to be’ if they ever had a bowling birthday party before, when she was planning the party, what her budget was, how many children she expected, did she want a private party room, would there be any adults coming. You get the picture.

What was he thinking? Did he really think that anyone could remember all that stuff and THEN decide? But he did his job as he was trained? NOT!

He told about the features, the prices, even threw in a few benefits, told the customer here’s what we have, here’s how it works and here’s your cost. See ya! He had no shot in hell of making that sale. Telling is not selling.

Or maybe he could have used another sales technique: #2 Storytelling. People learn by stories. Native Americans were great story tellers. Their wonderful past and even present culture was and is built around the stories of their tribes, their land, and their great warriors.

Up until we learned to read and write we all learned by stories. Ironically, many successful sales people use these old storytelling formats, today, to sell their products and services and some of the best content writers in the digital age use stories, case studies and testimonials to sell their products and services as well. It is tried and true and I hope you and your staff adopt this method, if you haven’t already.

Thus, the young man who answered the phone could have told the woman about their three parties by telling her a story about another customer to whom he had just spoken with and how he explained the benefits of their party offerings.

He could have quoted the former customer in a testimonial format, asked if she would be interested in the same kind of party and would she like to make a reservation?

In this way the customer would have imagined what her child’s birthday party might look like and would have wanted that party too. Unfortunately, he wasn’t trained to do that.

The best sales technique, however, IMHO, is the one that brings the most sales: #3 Listening. By far the most overlooked and underutilized sales technique is to listen before staring your sales pitch.

If we understand their stories, their challenges, their perspectives, and points of view, it is only then that we truly, passionately and authentically can sell them what they really want.

Why not have a friend call your center and ask about birthday parties as a quality control check. You might be surprised at what they find out which will assist you in making more sales. And that’s the name of the game. Isn’t it?

Happy Thanksgiving to all