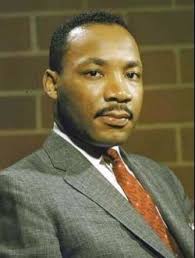 Today is Martin Luther King Day and for many of us baby boomers we experienced the sights and sounds of Bull Conner, his police force, his water hoses and dogs pushing and beating African American protesters as they walked across the Edmund Pettis Bridge in Selma AL. on live TV.That was 50 years ago and many of the old prejudices that people had then still exist today.  I make this statement not to create a firestorm of Facebook posts, but to make us realize that old prejudices die hard and I am sure that old prejudices and stereotypes about bowling “alleys” still exist. Many of you may disagree since WE have seen such a vast change in many bowling centers, but do we have a vast change in people’s perception of bowling? No doubt Strike Ten’s efforts with the Macy’s day parade, with the NASCAR race and tie in promotions with Pepsi, Musselmans, Sixlets and all the other good things that Strike ten has done, theyhave created more top of mind awareness and more interest in our sport and according to proprietors, more attendance in bowling centers, but the one thing that hasn’t changed, unfortunately, is the frequency of visits by existing customers.  It is still stuck at two visits per year or less (open play that is).Increasing frequency, as a strategy, has only gotten popular, with proprietors since they discovered email and Facebook.  Some of us are using it right, but some are using it incorrectly.I’m going to make this suggestion short.  If you keep using these two tools to ONLY sell another promotion, you will lose subscribers; that’s a fact.  On the other hand, providing people with relevant information, building relationships, telling stories and treating them as friends on your “SOCIAL” media will do more to bring people back to bowl again than bombarding them every other day or even twice a week with a price offer,I received over 100 emails this past weekend about Martin Luther King Day price specials from my subscribers; all of them had some special offer.  Only one proprietor talked about MLK and what a great man he was and said that if people came into bowl he would donate some of the proceeds to an African American college close by.  The point is, he thought about the holiday, made it relevant to the community and created an offer that would resonate with his audience. (As of today, when I spoke with him, he indicated that his Saturday and Sunday open play business was up about 20%).Maybe you can do something like this for President’s Day.  Maybe send a percentage of your proceeds to BVL. Please.