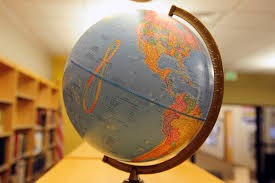 This past Saturday, I went to the haircut place with my daughter and granddaughter.

While my granddaughter was getting a haircut, her Mom, my daughter, was supervising, so all I could do was wait.

I picked up a magazine and the first article that caught my eye was a story about one of the longest running soap opera; As the World Turns which was an American television soap opera that aired on CBS for 54 years from April 2, 1956 to September 17, 2010.

Running for 54 years, As the World Turns holds the second longest continuous run of any daytime network soap opera on American television.

On December 8, 2009, CBS announced that it was canceling As the World Turns due to low ratings which were due to changing market conditions with men now doing housework too!

The age of the “housewife” was over.

Starting on radio in the early 30’s, P&G produced dozens of different soap operas consistently targeting its then prime customer, the American housewife.

What made this show so strong for so long?

What made 10 million daily viewers so loyal for several generations?

While I was never a viewer of this show, except when I was sick and watching day time TV was a simple diversion, I understood its addictive draw.

Day after day, its viewers were waiting to find out the next turn of events.  The article stated that many viewers had been watching the show every day for 20, 30 or even 40 years.  Blew my mind!

But it did get me to thinking

What if bowling proprietors got on a roll (no pun intended, well maybe) to get one generation of people to pass down their love for bowling to the next generation, similar to what As the World Turns viewers did for their children and grandchildren, maybe directly, but always indirectly.

So here’s the challenge.

On every type of communication you send to your various audiences (digital, direct mail, in center flyers, company party or fund raiser brochures, etc.)  just jot down a line at the bottom that reads:

Will you do this?